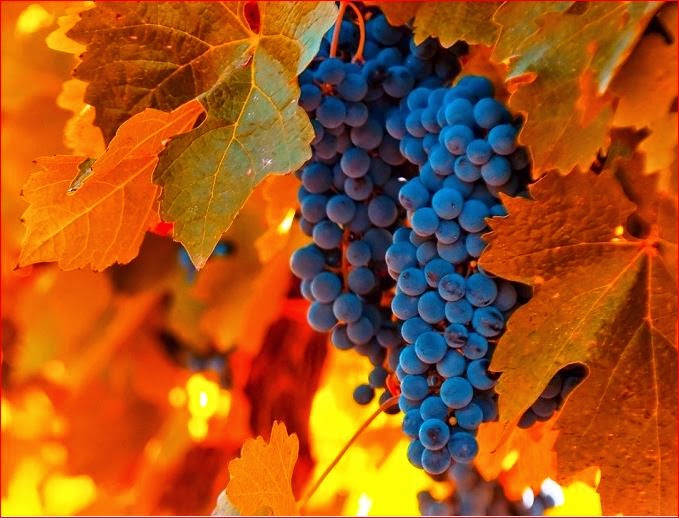 Sermon for the 17th Sunday after Pentecost, 2014
The grace of the Lord Jesus Christ, and the love of God, and the
Fellowship of the Holy Spirit be with you all. Amen.

The text for our sermon today is the First Reading

God had called Judah and Jerusalem to be His in a special way by promising that the Messiah would come into the world through them. Already in Genesis, God promised that the Saviour was to come from Judah (Genesis 49:10). Later, the temple in Jerusalem was a symbol of God’s presence with His people and a reminder of His promises.

Without His promise of the Saviour, God would not have called Israel from Egypt, given them a land of their own, and established a worship centre for His people in Jerusalem’s temple. The rich promise of God brings a response. When Isaiah considered the promises of God, he encouraged the people of his day to walk in the light of the Lord. To walk in the light is to know the light, to recognise it, and then to follow the path that it illuminates.
The psalmist wrote,
“Your word is a lamp to my feet and a light for my path” (Psalm 119:105).
Sadly, in Isaiah’s time, God’s people rejected His promises. Instead, they adopted “superstitions from the East” rather than walking in the light of God’s Word. They had become like the Philistines and their pagan neighbours in consulting omens and soothsayers.
Where God offered light, the house of Jacob had adopted darkness. Isaiah had called them “the house of Jacob,” reminding his Old Testament audience of all the promises of God to them. However, many of the people rejected all those promises, and so God grew weary and threatened them with punishment.

Nevertheless, after the threats of punishment, God also spoke words of comfort to the faithful. Yes, the judgments would come, but those faithful who remained among the unfaithful nation would find comfort in the beautiful promises of cleansing and protection. The alternating pattern of threat and comfort was nothing more than God’s proclamation of law and gospel. The law threatens the ungodly as well as the sinful flesh of every believer.

The ungodly dismiss the threat and continue without heeding it. No matter how much God threatens the ungodly, they will not fear Him, while the godly hears the same threats and recognises the voice of God condemning the sinful flesh. The believer trembles at his sin and its consequences. He stands completely at the mercy of God, knowing that he deserves nothing but death and eternal damnation. He is sorrowful to the point of death. But God does not leave any believer in that condition. No, God is good, and He speaks words of forgiveness, love, and hope to those drowning in sin. God has been good to us - not only to us but also to Christians who have gone before us. Throughout history God has revealed Himself to be good and gracious. The question therefore comes to mind: if God has been and is so good to us, why do we have such a hard time being good to God? This is how the people in Isaiah’s time were. So Isaiah reveals a skilfully developed parable to make clear Israel’s failure to carry out the purposes for which God had chosen her. Isaiah can’t help but break forth in song.

If we look ahead into the New Testament, it is as if Jesus were using this parable as a text for His parable of the vineyard in Matthew 21:33-46, our Gospel reading for today.
Isaiah sings of the Lord’s effort in creating a vineyard. The Lord did everything. He chose the ideal location, prepared the soil, planted the best vines, and built a watch-tower and a wine-vat. If any question remained about the effort of God, one only needs to think of the stones of Palestine. In that part of the world, clearing the land of stones required a great deal of toil and sweat for any gardener. Cutting out a wine-vat and building a watch-tower were also arduous tasks for any one preparing a vineyard.

The song is a parable that emphasises the grace of God. God initiates; God acts; God works - no one else. When God acts, results follow. The vineyard sits atop a fertile hillside where it will get rain and sunshine.

All is ready for an abundant harvest. Yet, in spite of the tender care given to the vines, which represent the children of Israel, it only produced bad grapes. God was good to them, but they were not good to God. They did not fulfil the purpose for which God called them.

This lead God to ask: “Now, you people living in Jerusalem and you men of Judah, decide, please, between Me and My vineyard!  What more should have been done for My vineyard than I have already done in it? When I waited for it to produce grapes, why did it produce only bad grapes? God, the owner of the vineyard, tells what kind of fruit He had a right to expect from the people of Jerusalem. “What more should have been done?” God asks. His second question is, “Why?”
Both questions were addressed to Jerusalem and Judah. But the people gave no answer because they knew that God was accusing them. They failed to produce the good fruits. In spite of all that God’s grace had done for them, they turned away from Him and pursued pleasure and evil. When God expected fruits of faith like love, gentleness, humility, faith, and reverence, the people yielded a crop of perversion, gluttony, arrogance, greed, and mockery.
Although God expended great effort in creating this vineyard, He would destroy it. This vineyard could not be helped by being pruned or cultivated. It is past saving. God will break down its wall, and it will be trampled down. The time for God’s judgment has arrived. The vineyard will become a wasteland where briars and thorn-bushes will grow up. The judgment will be so thorough that the Lord will command the clouds not to let any rain fall on it. One should not forget the implications of that comment.

God controls all things, even the forces of nature, and He will use all things to accomplish His purposes.

This parable presents a short, poignant history lesson. God had created the people of Israel and Judah. God had chosen Abraham, had made Abraham’s descendants into a mighty nation when He led them out of Egypt under Moses, and had protected them as they conquered the land and established a monarchy under David and Solomon. But things had changed. God’s people had deserted their gracious Lord, and God would deal with those who had scorned His grace, patience, and goodness, and the people would be led away into captivity.

Not much has changed between then and now. It is so tragic to see, even within our own church, more and more of God’s people deserting Him. Many whom God has called through Holy Baptism no longer heed the Word of God. They too are like vines producing bad grapes, and they will only have themselves to blame when the kingdom of God is taken away from (them) (Matt. 21:43).

By the way, their producing of bad grapes is not the result of bad soil. In the vineyard Isaiah was speaking of, there was nothing wrong with the soil. In fact, the Hebrew for ‘fertile hilltop’ literally means “on a horn, a son of oil.” This phrase, used only here in the Old Testament, describes a geological  formation that is wonderfully fertile. It is into this good, fertile soil, Isaiah says, that Jesus places and plants choice vines. Not only did the vines represent the children of Israel, but they also represent you and me. We are the crown of His creation! We are somebody because God made us and because Jesus died and rose for us. Peter says that “you are a chosen people, a royal priesthood, a holy nation, a people belonging to God, that you may declare the praises of Him who called you out of darkness into His wonderful light,” (1 Peter 2:9).

The Lord expects us to produce good fruit. He expects us to be productive. That’s why Isaiah says He “also cut out a wine-vat in it.” A wine-vat was the place where the good grapes were pressed together to make wine. The wine-vat was the gathering place for the harvest. When the good fruit was produced, the harvest was gathered. The Lord wants us to be good to Him. He wants us to trust in Him in everything. He wants us to show forth the fruit of the Spirit in our everyday lives, that is, love, joy, peace, patience, kindness, goodness, faithfulness, gentleness, and self-control, (Gal. 5:22). But we cannot produce this good fruit if we, like those Israelites, stop feeding on God’s Word, and turn to the world. If we do that, then we can expect judgement. God says, “5 Now therefore, please let Me inform you what I shall do to My vineyard! I shall tear away its hedge and it will be destroyed. I shall break down its wall, and it will be trampled down. 6 I shall make it a wasteland. It will not be pruned or cultivated. Briars and thorn-bushes will grow up. I shall also command the clouds not to let any rain fall on it.”

In other words, God says: “All you are yielding is bad fruit, and if bad fruit is all you have to give, then bad fruit is what you will get in return! I’m taking away my blessings and My protection!” What a horrible situation to find oneself in! What are we to do? If we have let the love of God grow cold in our hearts, if we have been producing bad grapes, then what now?
The simple answer is to repent. Seek the Lord while He may be found (Is 55:6), and if you know of others who have wandered from the faith, remind them of the coming judgment, when everyone will stand before the Lord. Remind them that it is still not too late to repent. Use God’s Law to prune, and His Gospel to raise new shoots that go on to produce good fruit. Remind them of the promise God makes in 2 Chronicles 7:14, “If My people, who are called by My name, will humble themselves and pray and seek My face and turn from their wicked ways, then will I hear from heaven and will forgive their sin and will heal their land!”


May we all in the words of the Apostle Paul, “press on toward the goal for the prize of the upward call of God in Christ Jesus, (Phil.3:14), and pray that we continue to produce good fruit in His name. Amen. The peace of God which passes all understanding, keep your hearts and minds in Christ Jesus. Amen.
Posted by Unknown at 01:38

We are an inclusive, all welcoming, non-denominational Sacramental Christian community with Franciscan leadership, who are called to Love God, Honour the Christ in others and to Respect each ones’ circumstances and spiritual journey.